The New Reality of Stealth Crimeware

Anyone who has been in information security recently knows that it has gotten easier for cybercriminals to build stealth crimeware. The malware we deal with on a regular basis grows ever more difficult to find, while high-end targeted attacks such as Stuxnet and other advanced persistent threats (APTs, the abbreviation I hate) are using ever more advanced rootkit techniques to avoid detection.

Cybercriminals use clever stealth techniques to evade detection because it allows their malware to be more effective, live on a machine or network longer, and thus maximize the compromise. McAfee Labs is now at the point where we detect more than 110,000 new unique rootkits per quarter.

To make matters worse, there is another issue that many fail to recognize:

Today’s current OS-based security model is not adequate; cybercriminals know how to get past these defenses every time.

The security industry has to find a new vantage point on cybercriminal behavior to stop and uncover their stealth techniques. It is time for our industry to start looking at security beyond the operating system to gain a more effective view of how cybercriminals operate.

We delve into these and many other issues in our latest report: “The New Reality of Stealth Crimeware,” written by myself and Thom Sawicki of Intel. Download it here.

Stealth is the art of travelling undetected, of being invisible. Stealth technology allows military aircraft,
Ninjas, and malware to sneak up on the enemy to launch an attack, gain intelligence, or take over
systems and data.

Although stealth techniques are used in sophisticated attacks like Conficker and Operation Aurora, the
Stuxnet attack offers a new blueprint—and benchmark—for how committed criminals can use stealth
techniques to steal data or target computing systems. Stuxnet innovations included a combination of
five zero-day vulnerabilities, three rootkits, and two stolen digital certificates. Powerful toolkits, like what is available in the Zeus Crimeware Toolkit, make stealth malware development a “point- and-click” endeavor, no longer restricted to the most knowledgeable programmers. While there are no definitive industry figures, McAfee Labs estimates that about 15 percent of malware uses sophisticated stealth technique to hide and spread malicious threats that can cause significant damage.1 These attacks form the cornerstone—the “persistent” part—of advanced persistent threats (APTs). 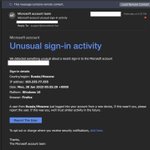